Every time I see one of you has become friends with someone new, I get envious. *I* want another friend!
and I think that's a GREAT idea. I've heard all the rigmarole about blog rolls being outdated and cumbersome and blah blah blah, but I don't see it that way.
Having someone's blog name up on the side of my blog? I see that as a gesture.

Something that says 'Hey, I enjoy you, and I want other people to know that.'

So, in the spirit of that, today,

please suggest a blog I don't read that you think I'd enjoy. Feel free to pimp yourself too!

After all, we could all use some new friends sometimes. 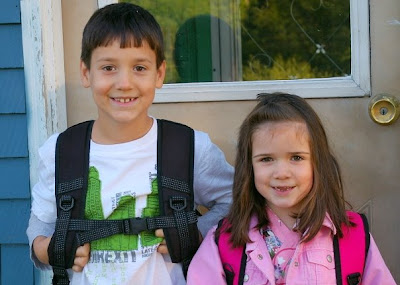 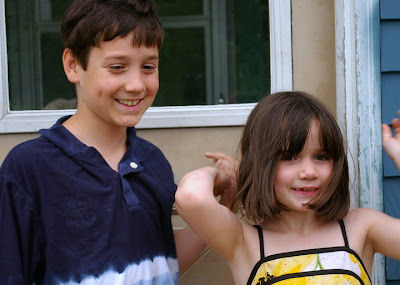 Kiddus giganticus there. Wait until you see their new bikes!


I am dancing with excitement today because tomorrow afternoon I get to meet Loth when she comes to my little part of the world.

Email ThisBlogThis!Share to TwitterShare to FacebookShare to Pinterest
Labels: 'round the neighborhood, as time goes by, good people in the blogosphere, my life in pictures, school daze 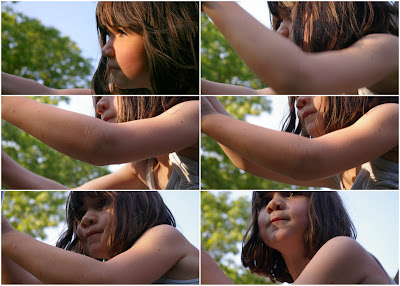 The pool is up, and running, and is being enjoyed for the fourth time today.
Four times of rough housing, floating, diving, carousing, swimming, hitting each other with pool noodles, inventing new games and screeching for the sheer joy of it.
Where does it come from, this ease and grace and buoyancy in the water? When did we learn that water feels like a soothing second (albeit alien) home? Surely we're not all remembering from the womb.
Yeah, we can't all be remembering birth waters. Because it's late June, and that water is cold.
at June 27, 2010 No comments:

Email ThisBlogThis!Share to TwitterShare to FacebookShare to Pinterest
Labels: 'cause I'm the Cass-man, 'round the neighborhood, my girl Rosey, my life in pictures

ain't that a kick in the head

Everyone's heard by now that Silicon Valley Moms Blog Group is closing, right? There are conflicting stories as to why, but it seems to boil down to not enough time and money and it's sad. I've learned a lot and met some nice people (phenomenal writers, too) while writing for them, (via Canada Moms Blog) and now I'm feeling...sort of....adrift. I enjoyed working with a collective and will probably seek out that experience again.

I copied the CMB posts to my own site, so if you missed my brilliance the first time around, go see! (snort)

Tonight I have dinner and perhaps a restorative glass of vino with friends. Can't wait. This has been a long week.

was a sunny day 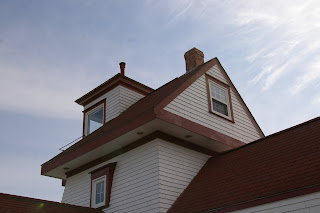 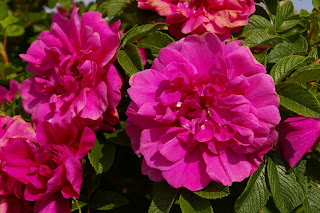 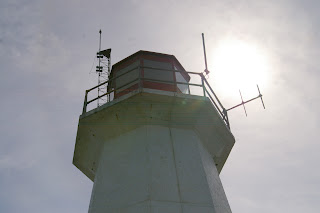 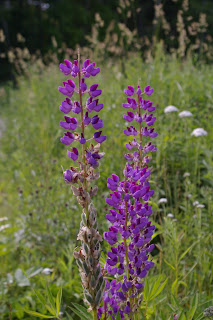 and we went out to two local lighthouses and scrambled over old cannons and rocks and watched seagulls and the air all around smelled like the sea and the beach-roses and it was magic.

Email ThisBlogThis!Share to TwitterShare to FacebookShare to Pinterest
Labels: 'round the neighborhood, my life in pictures

sweet child of mine

Rosey has been fighting a cold. Or a virus, although I really think her vomiting (which  has only happened a few times, and only seems to happen just before bed) is mostly due to nasal drip irritating her sinuses.

Poor Wosey. She's bright-eyed and bushy-tailed during the day, and falls apart at night.


Whatever the reason, she hasn't been feeling her best. And a fragile five year old is fun to have around. 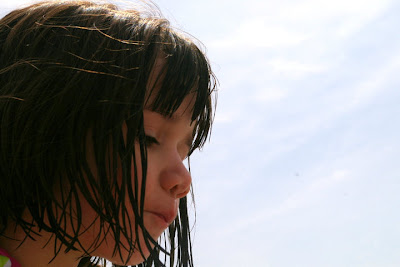 Sometimes Bear and I can pass off the sudden, inexplicable tears or temper as tiredness or hunger or too-wound-up or the phase of the moon, but sometimes my lovely baby girl shows her hidden core of evil and we all trip over each other trying to get out of the way.

Because like a howler monkey, that girl can spit.

(Not, uh, that she actually does. That would be awful.)

I thought all this tempestuousness was due to the day-to-day stress of being five and having school end soon (and there's a wee bit o'drama eddying around about R and one of her friends)and the summer stretching out in front of her and there are all these changes, you see, how on earth would she not be stressed?  but after she burst into tears last night in the shower I finally got her to tell me what the matter was.

Because she was really sick, (and here I cocked my head and thought Really? Sniffles and a little vomit make you really sick?? I need to call in to work more often) and Nana and Papa got really sick, and then they died.

We had a long cuddle and a talk about diabetes and how Nana and Papa were both sick, sick in different ways but still with so many health problems, and how yes, someday we all die, but not today, and not soon, but someday, and please don't be frightened, sweetheart.

And there were some sniffles and clasping hugs and then she tried to get me to promise that I wouldn't die before she had kids of her own and I said that sounded reasonable to me.

Email ThisBlogThis!Share to TwitterShare to FacebookShare to Pinterest
Labels: ma famille, my girl Rosey, my life in pictures, this parenting crap

Of course the drawback of having a commute into work each day would be traffic. Traffic doesn't bother me, though, not as much as the incessant road repair and the odd gatherings of four or five NS Power trucks, their owners all out and peering up at a light pole like it was going to reveal the hiding place of the Holy Grail or at least tonight's lottery numbers.

Not much seems to vex me about driving, not when I've got an audiobook on.

I just finished Mary Kay Andrew's The Fixer-Upper (liked it, will probably read it now so I can go at my own pace) and am now looking for something new. I also tried (and discarded) an Elizabeth Berg book, Say When, that looked promising but failed. I like her characters, altho' her books move ponderously in places, but the plot of this one involves a woman leaving her husband, and hearing it read by a man (who makes the woman's voice sound wasp-ish and mincing) was just wrong. I couldn't get into the characters - couldn't buy it - because it was wrong.

At home I have a book called 'The Boy Who Harnessed The Wind', which looks all kinds of interesting.

Lets see; what else is new?

Rosey lost a tooth last night, not The Tooth, but another. The Tooth Fairy remembered to bring home shiny toonies when she got home from work, but then he (see the pronoun change there??) couldn't find the tooth under the pillow and ended up waking the small girl. This morning she leaned toward me as we brushed our teeth and said confidingly
'I think Daddy left me the money for my tooth.'

Stomper Girl, I thought of you.
And I thought for a minute about telling her the truth. It probably would be more honourable, and all that. But she's five.
She went on:
'Daddy woke me up last night with his hand under my pillow. And this morning, I found this.'

And there, clutched in her little pink paw, was the tooth.

Bear boomed out a reply from the bottom of the stairs. 'I was looking for the tooth so I could show your Mama. The Tooth Fairy must have come after I left.'

She pursed her lips. 'But the Tooth Fairy didn't take my tooth!'

A perplexed silence from downstairs. It was my turn to save the day.

'We-e-e-ell,' I said, thinking hard,  'you didn't get to give the Tooth Fairy your first two teeth, remember? Maybe she decided to let you keep this one.'

It was convoluted logic, but she bought it.